JOSÉ A. ALVARADO JR.
Based in New York, USA 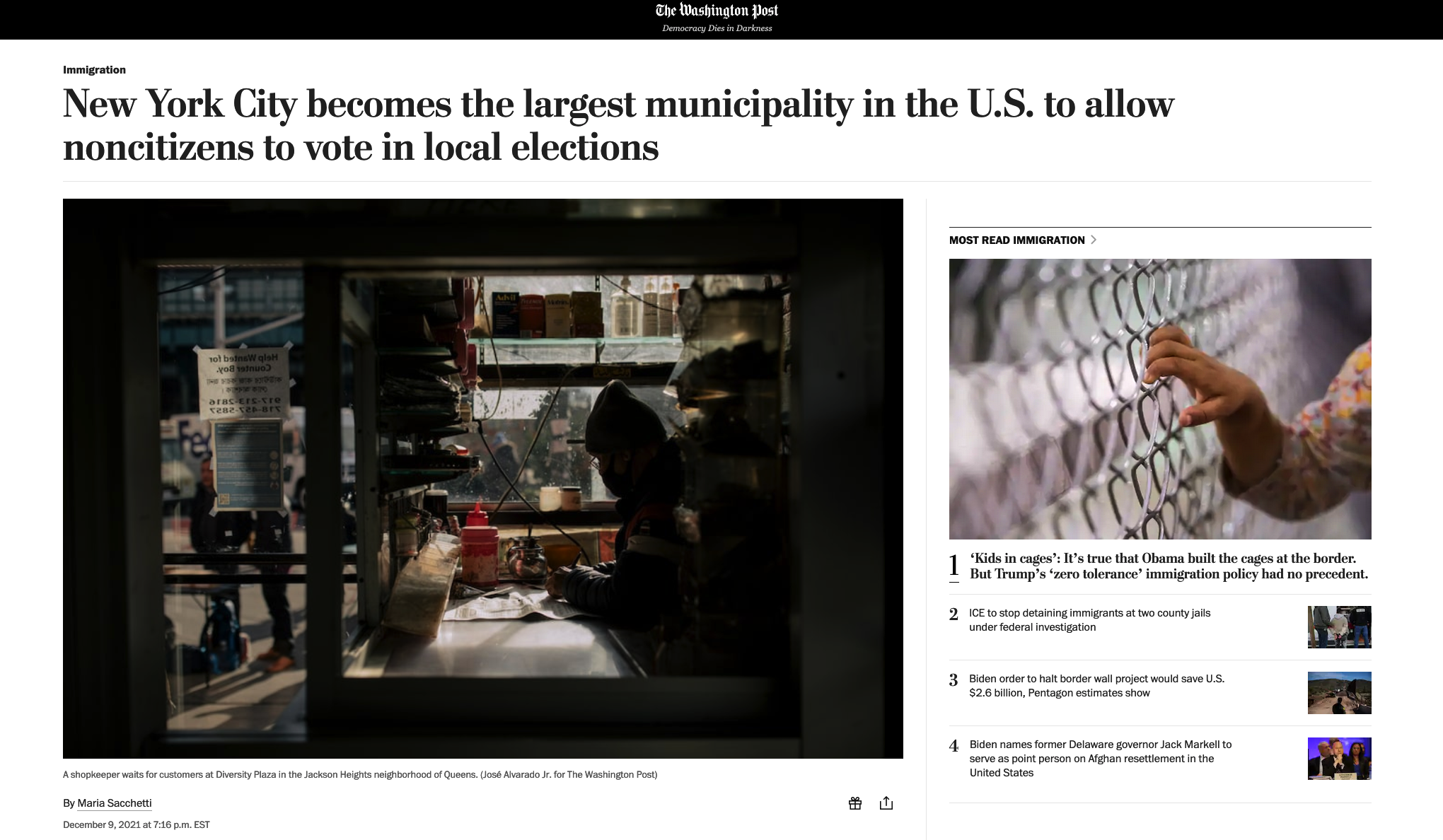 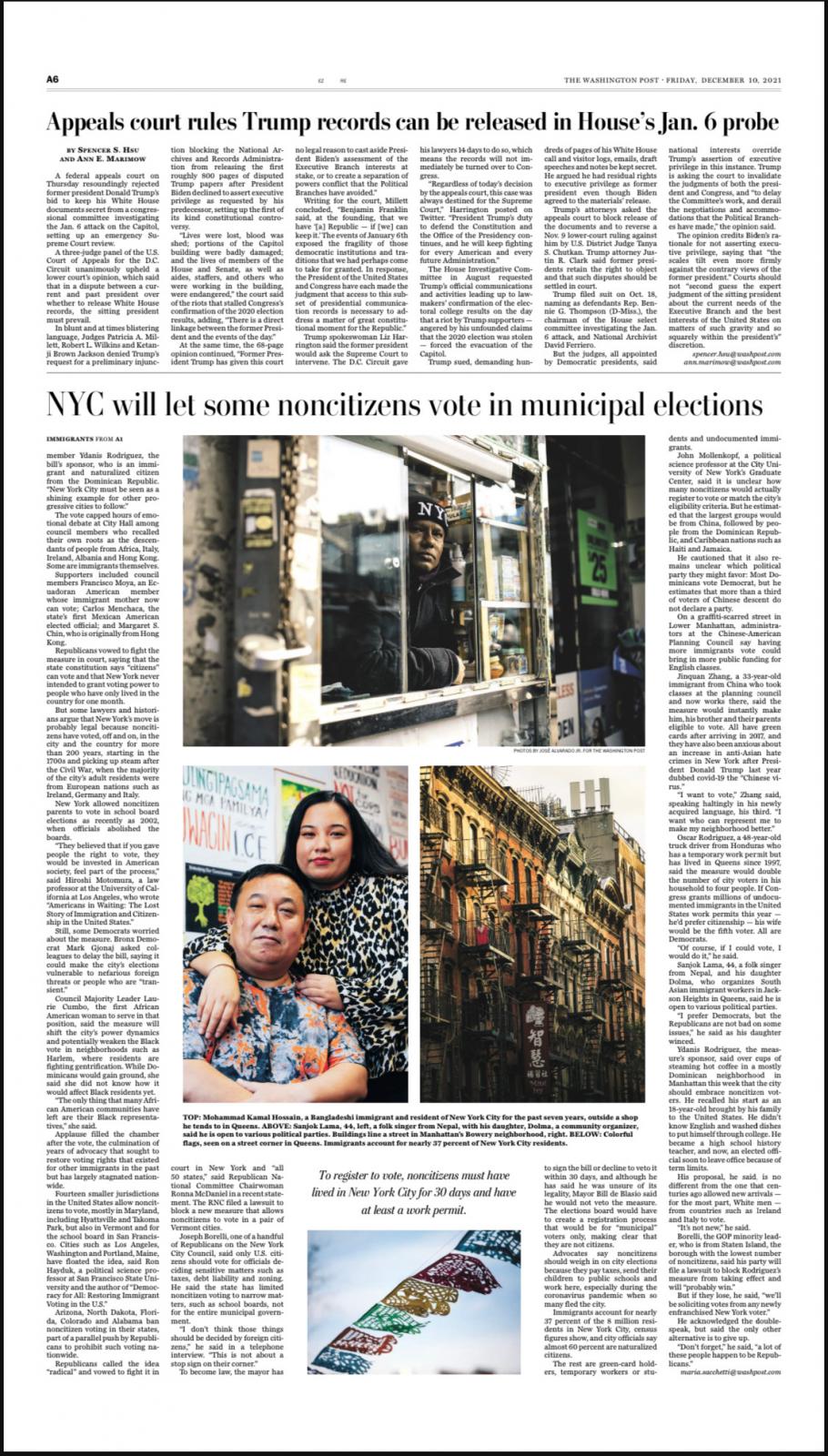 Media News
for The Washington Post: New York City becomes the largest municipality in the U.S. to allow noncitizens to vote in local elections
josé a. alvarado jr.
Dec 15, 2021
Location: New York City
NEW YORK — The city council here on Thursday approved a measure that will allow immigrants who are not U.S. citizens to vote for mayor and other key municipal positions, a historic move that is igniting threats of legal challenges from Republicans and hopes from Democrats that other cities will follow suit.
The council voted 33 to 14 with two abstentions and the measure grants noncitizens significant leverage over a broad array of elective offices, including the mayor, city council, comptroller, the public advocate and the leaders of the city’s five boroughs who oversee issues such as zoning.
The next election will be in mid-2023, officials said.
Approximately 1 million adult noncitizens live in New York City, which amounts to 20 percent of current registered voters, though it remains to be seen how many would be eligible to vote, according to census figures and academic estimates. To register, noncitizens must have lived here for 30 days, the same requirement for citizens, and have at least a work permit.
Those in the United States illegally cannot vote in New York’s municipal elections. Noncitizens remain ineligible to vote for state and federal elections. Anyone who violates the New York measure could face up to $500 in fines and a year in jail.
“The New York City Council is making history,” said council member Ydanis Rodriguez, the bill’s sponsor, who is an immigrant and naturalized citizen from the Dominican Republic. “New York City must be seen as a shining example for other progressive cities to follow.”
Photographed for The Washington Post, with words by Maria Sacchetti. New York City becomes the largest municipality in the U.S. to allow noncitizens to vote in local elections
The city council approved the measure Thursday, but Republicans have vowed to challenge it in court.
Washingtonpost.com
Dec 15, 2021